The weather… it could be freezing, but it’s always a hot topic, especially for those who work at sea. We have no influence on it at all but we can deal with it, and that’s where Sima Charters stands out. Where catamaran crew vessels have to call their duties off in certain weather conditions, our MPT Mono Hull series bring everybody home safe.

Compared to catamarans, it’s proven that Mono Hull vessels provide more passenger comfort in heavy sea states. This reduces the amount of motion sickness on our vessels and on top of that: they have a Gyro stabilizer, which reduces the effect from rolling waves. Always aiming to stay on top of the game, Sima Charters had MSI (Motion Sickness Incidents) measurements taken last winter on the SC Amethyst, working on the London Array Windfarm (Ramsgate). High levels of MSI have a significant effect on the capacity of a person to do their work. Where the official ISO-2631 standard states that MSI levels of 40% and lower are acceptable, figures of below 25% were measured over several months. The average score was 75% below this acceptable level, meaning fit and healthy people after each trip. 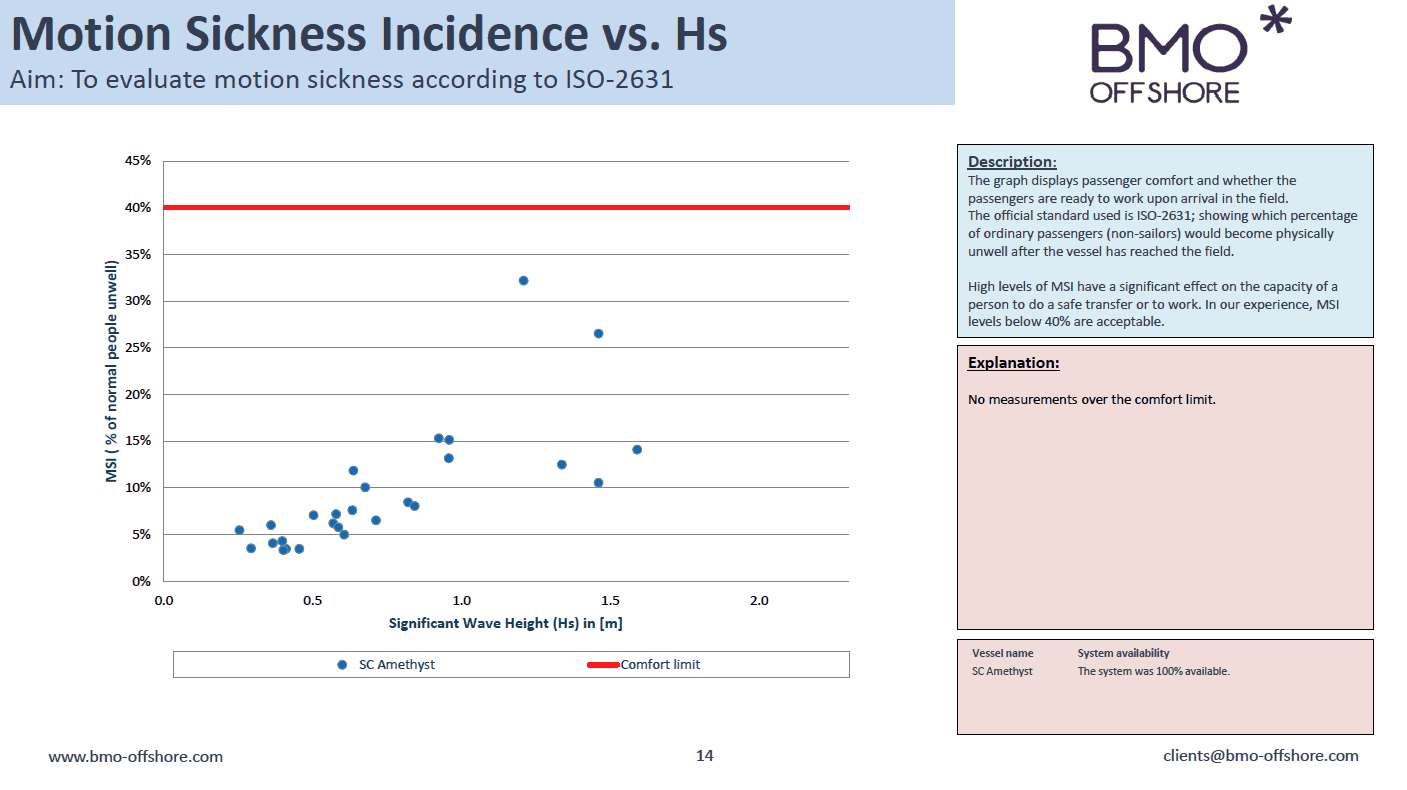 Another statistic proving the value of the MPT vessels is the WBV (Whole Body Vibrations). This measures the body vibrations at significant wave heights and has boundaries for reducing exposure and at certain level, a limit which should not be exceeded (danger limit), according ISO/BSI standard 2631. Not once during the measured period did the vessels reach any of these boundaries, meaning people on board we never exposed to unpleasant WBV. 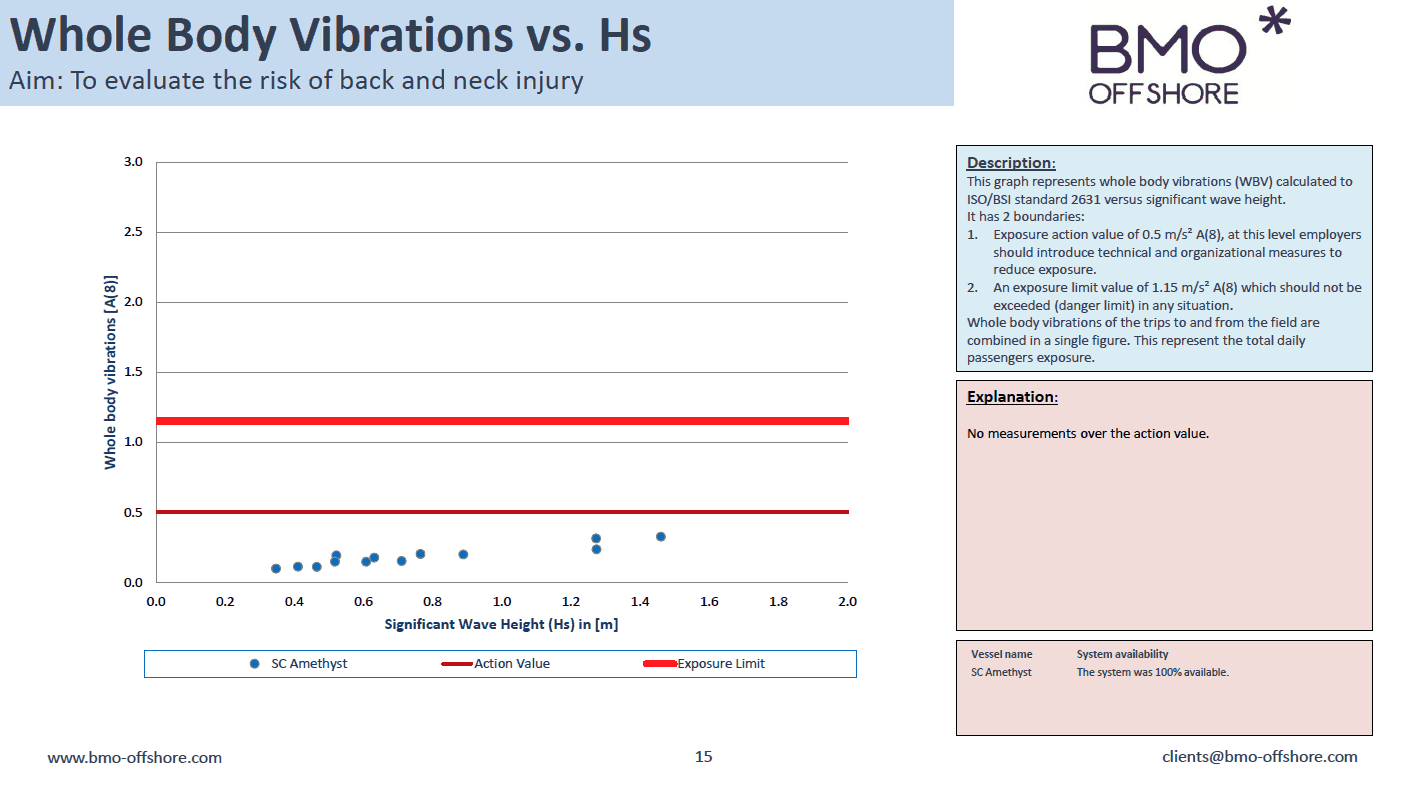 A good example of the reliability of our Mono Hull vessels is the current 50 Hertz Project in Lubmin in the Southern Baltic Sea. The SC Agate, one of our smallest vessels in the competitive MPT Series, is taking care of multiple crew changes from and to the Rohde Nielsen fleet off-shore. To get to Lubmin, the vessel sailed past the Dutch coast and the German Bight on a tiny weather window. “It was easy to realize that this vessel would take us all the way without any majors.” According to captain Teixeira. “Despite force 6 winds and 3 meter waves on her stern, sometimes more… we were rolling smoothly from side to side, with a relentless autopilot willing to do its work effectively in order to find the best path through the waves.” Not missing a beat so far, the SC Agate has proven the value of a Sima Charters MPT Mono Hull vessel. Passenger feedback varies from “more comfortable than we’re used to” to “the reduced engine noise is nice for a change”.

The combination of safety and reliability are key in any project and Sima Charters understands. With MPT Mono Hull vessels outperforming catamarans we’re already working on the next step. Not long now and Sima Charters can welcome the SC Sapphire to their fleet. The biggest MPT Series ever built and more advanced and comfortable in many ways. We just can’t wait for her to hit the waters.

We are available 24/7 for local ctv charters.